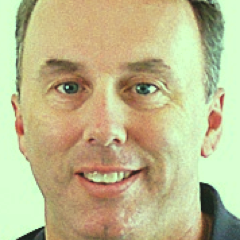 The winning race is short but twisted and cobbled road of 4.02 km completed in five minutes and 33 seconds to take the lead of the race. After the race in an interview, Matthews said that he was unsure about his form, as in Liège-Bastogne-Liège he finished in 63rd but in Switzerland his performance is perfectly-paced and took the victory. Also, I did my best and it’s enough for me to win.
END_OF_DOCUMENT_TOKEN_TO_BE_REPLACED

The sprinter legend belonging to the cycling team- Team Lampre-Merida, Alessandro Petacchi has taken the decision of ending his eighteen year cycling career. His decision was announced by his team Lampre-Merida via a statement given Petacchi himself. The statement said that Alessandro was extremely satisfied with his professional cycling career and he believes that he has achieved all the essential victories that any rider like him would ever want to accomplish.

Alessandro also thinks that since he has reached the threshold of about two hundred victories in his cycling career, it is high time he retires and gives his life a new dimension. Along with this, Alessandro also wants to spend more time with his family.

But there is a possibility of him returning to the cycling world back again as a manager or coach. He said in his statement that though he is saying goodbye to his cycling fans for now but he might just come back to share with the new young cycling generation his experience and learning. That means he is pausing his cycling career but he is not going to break off all his ties with the cycling world. Unibet think he might be back sooner than fans think.

Here is a list of the few victories that are a part of Alessandro’s cycling career: Multiple stage victories in Vuelta a Espana, Giro d’Italia and Tour de France. He has also been the winner of one-day races like Paris-Tours (2007) and Classics Milan-San Remo (2005).

However his career was also not devoid of any controversy. In the year 2007, he was suspended by Milram cycling team and was banned for twelve months from cycling because of doping. But then he turned out to be innocent and returned to cycling competitions in the year 2008. He became a part of Team Lampre-Merida in the year 2009 and ever since he has been one of the best sprinters belonging to this team.